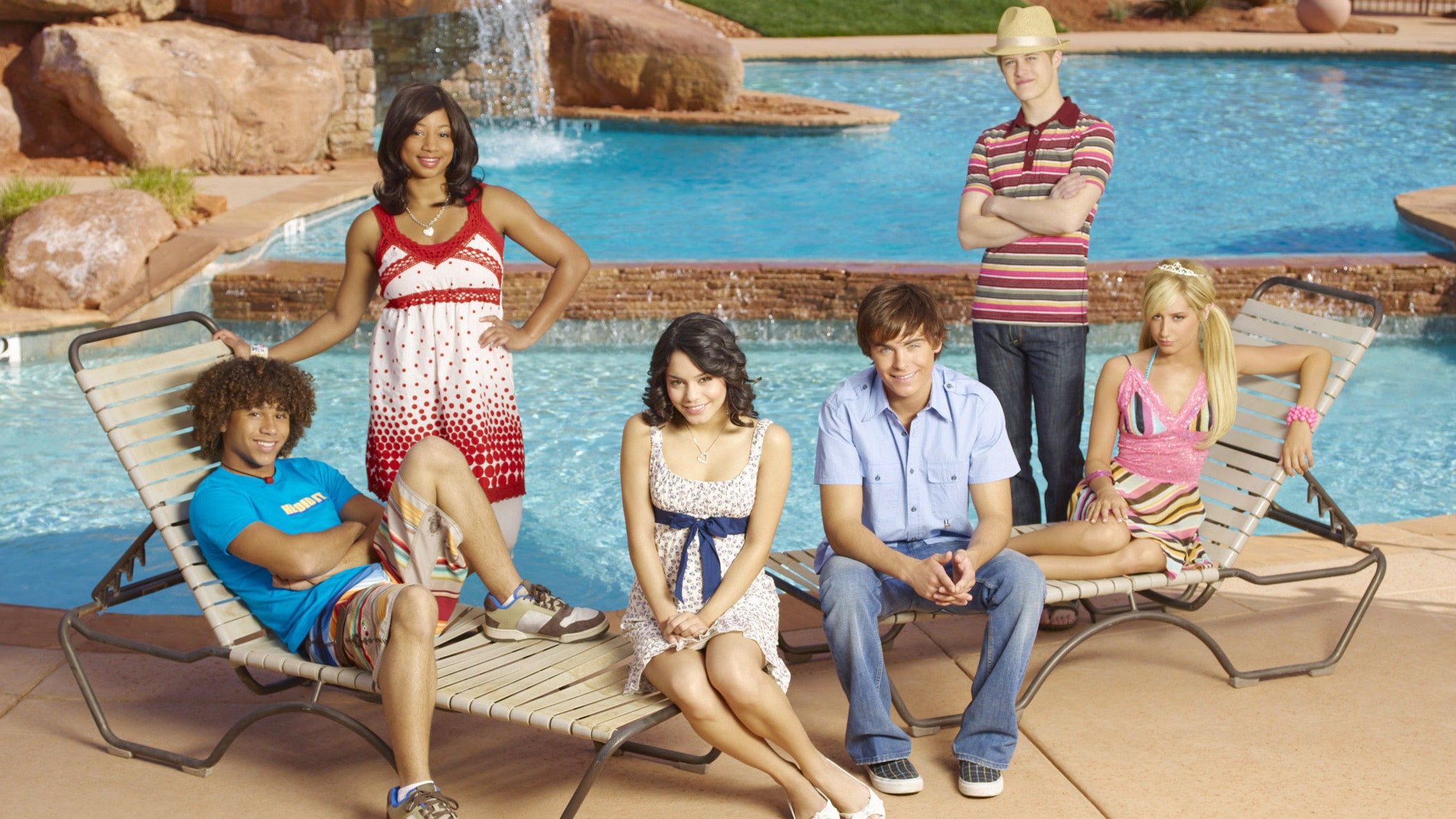 The school year ends with everyone at East High School looking forward to summer vacation ("What Time Is It?"). Troy Bolton is still dating Gabriella Montez, who decides to stay in Albuquerque with her mother. Troy eventually decides to look for a summer job to gain money for college.

Sharpay and Ryan Evans plan to spend the summer at their family's country club, Lava Springs ("Fabulous"), but Sharpay's summer plans also include pursuing Troy, whom she has arranged for to be hired at the club. However, Troy convinces the club's manager, Mr. Fulton, into hiring Gabriella and their close group of friends as well, including Taylor and Chad. Sharpay is enraged upon learning that Gabriella is working as one of the lifeguards but is unable to get her fired, so she orders Fulton to give them difficult tasks so they would want to quit. Fulton attempts to intimidate the group, but Troy rebuilds their confidence and convinces them that they can persevere ("Work This Out"). 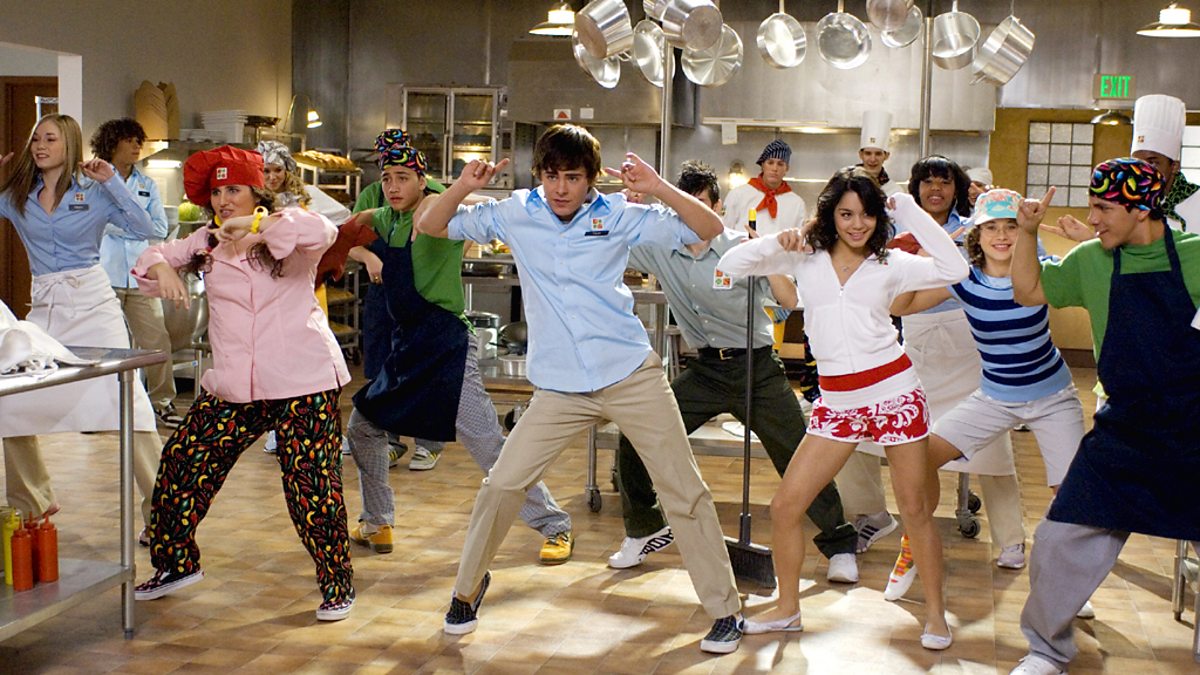 Troy continues to worry about funding for college. Sharpay senses his need and arranges for Troy to be promoted to the University of Albuquerque's senior basketball team, hoping that this will convince him to sing with her at the talent show. Meanwhile, Kelsi writes a song for Troy and Gabriella ans the agree to sing with their friends in the show ("You Are The Music In Me"), not knowing that Sharpay is vying for his attention. In the extended version, Sharpay and Ryan trap Troy as he prepares for a date with Gabriella by performing their own song ("Humuhumunukunukuapua'a"), much to Troy's annoyance. 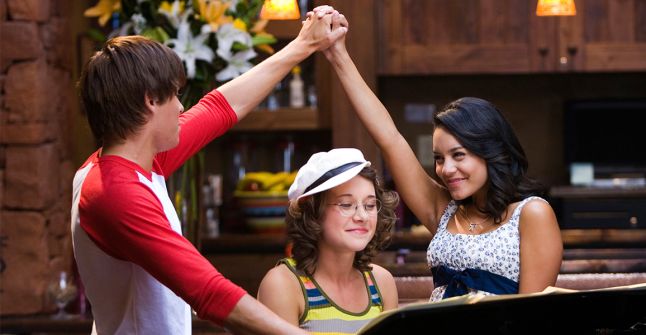 Ryan realizes he does not mean much to Sharpay anymore, as she is ready to blow her brother aside for the opportunity to perform with Troy. This leads to tension between the siblings, and Ryan angrily informs Sharpay that he will no longer obey her orders. Taylor and Gabriella invite Ryan to the baseball game, where he persuades the Wildcats to take part in the talent show ("I Don't Dance").

Troy and Gabriella's relationship is strained when Troy sees Ryan with Gabriella, sparking jealousy. Owing to a "promise" from Troy, he and Sharpay rehearse another song for the talent show ("You Are The Music In Me (Sharpay Version)"). Troy also gets into a heated argument with Chad for abandoning his friends, due to his perceived selfishness after being promoted by Sharpay.

Troy and Gabriella's relationship is strained when Troy sees Ryan with Gabriella, sparking jealousy. Owing to a "promise" from Troy, he and Sharpay rehearse another song for the talent show ("You Are The Music In Me (Sharpay Version)"). Troy also gets into a heated argument with Chad for abandoning his friends, due to his perceived selfishness after being promoted by Sharpay.

When Sharpay discovers that Ryan and the Wildcats are putting together their own performance in the show, she orders Mr. Fulton to ban all staff members from performing. Gabriella confronts Sharpay about her interference and quits her job at Lava Springs. Troy overhears the exchange and tries to persuade Gabriella to change her mind. Gabriella expresses her loss of trust with Troy ("Gotta Go My Own Way"), leaves Lava Springs, and returns to him her necklace, which he had given to her after school ended.

Troy returns to work the next day to find that his friends refuse to talk to them, following his earlier argument with Chad. Kelsi silently shows Troy the notice from Mr. Fulton, causing Troy to question his own motivations ("Bet On It") and confronts Sharpay, informing her that he will not sing with her. He then reconciles with Chad and apologizes to the Wildcats for his absence. They convince him to sing in the talent show, which he does only under the condition that they are all allowed to perform as well.

At Sharpay's supposed instruction, Ryan gives Troy a new song to learn moments before the show. As Troy goes onstage, he asks Sharpay why she switched the song, and Sharpay is shocked to find that her brother tricked her. Troy sings the song ("Everyday") alone until Gabriella and the Wildcats joins him onstage. In the end, Sharpay proudly presents her brother, Ryan, with the award for the talent show. After the talent show, all the Wildcats go to the golf course to enjoy the fireworks.

Everyone celebrates the end of the summer with a pool party ("All for One"), which features a cameo appearance by Miley Cyrus. 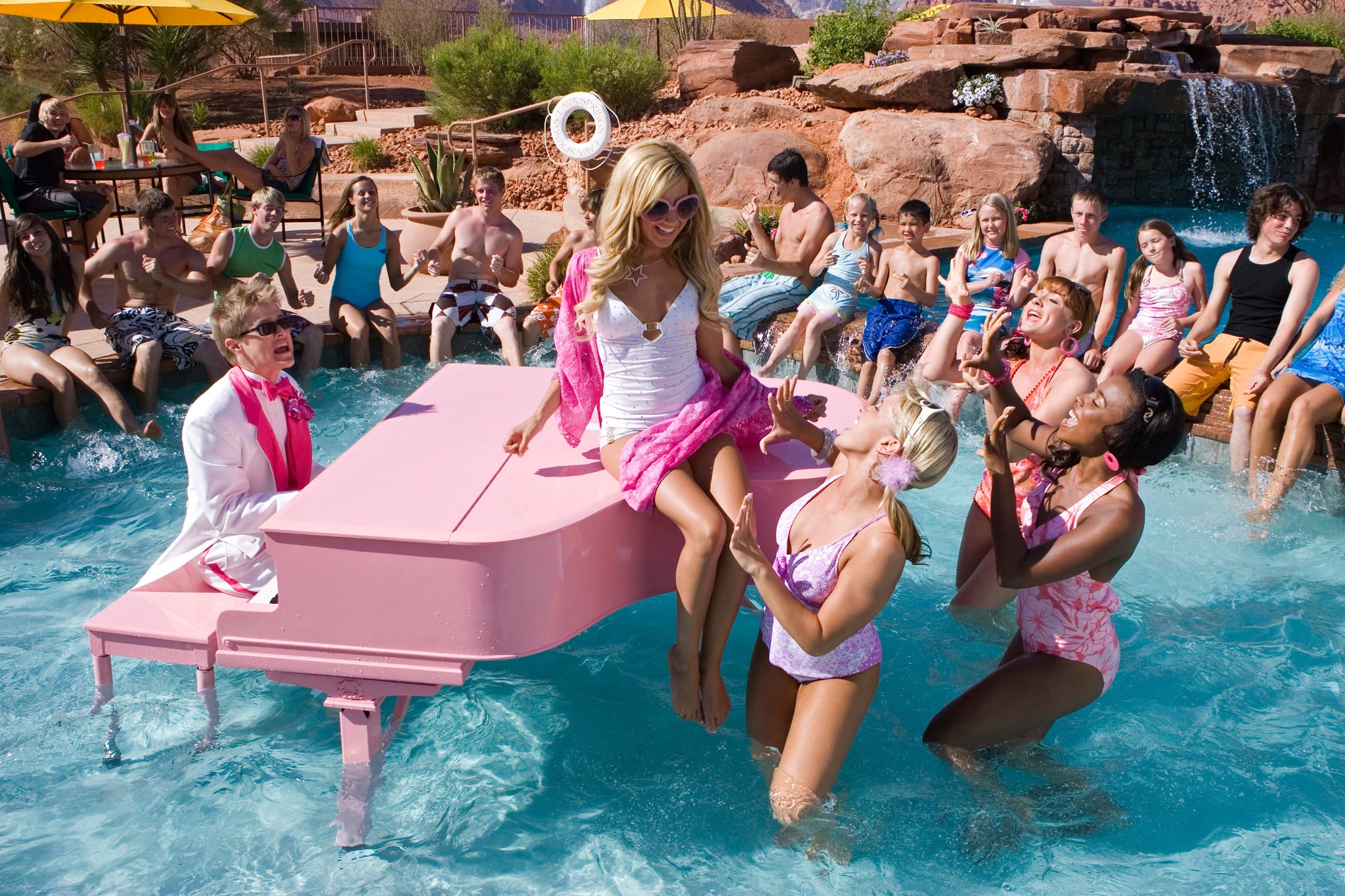